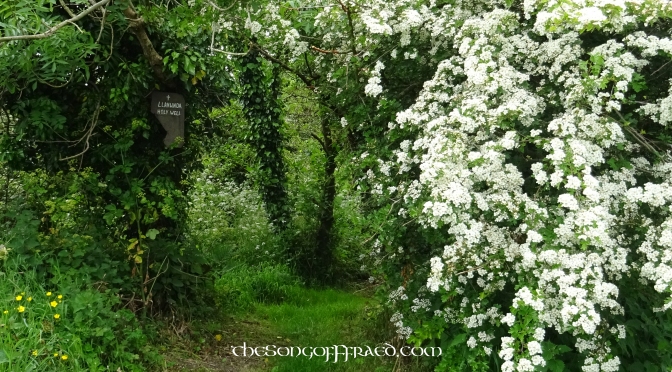 It was a little after noon when I sauntered into Llanwnda, following the indications of my divining rods.

Very soon the road peeled away and across the grass (where once upon a time, it is said, stood a huge stone circle), ahead of me was the glorious sight and ever more powerful scent of a magnificently blooming may tree. On an ash tree by the hawthorn, hung a slate tile, upon it was painted a cross and the legend, ‘Llanwnda Holy Well’. A really nice simple sign.

Slipping through the leafy portal I came upon a little glade, and there it was, across the other side, Ffynnon Wnda luxuriating in nature’s abundant blossoms and verdure. 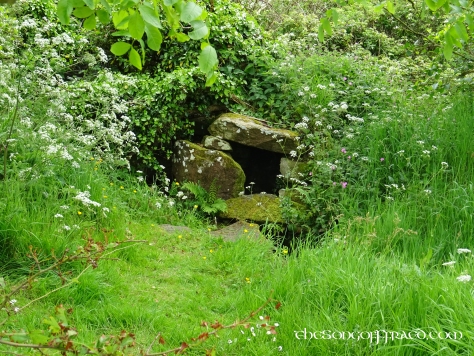 Large stone slabs formed the walls and roof over the clear waters of the well. It reminded me of a dream chamber. 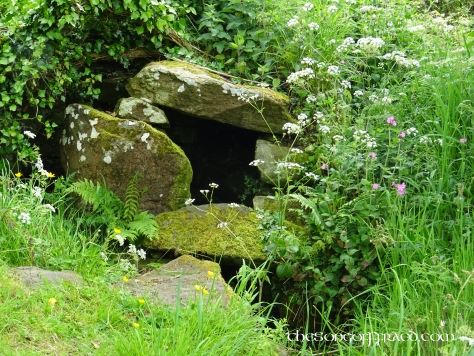 Y Ddraig Ffraed hair-pinned tightly on the capstone directly over the centre of the consecrated waters, flowed beside the little streamlet for a bit, and then left the tranquil oasis by another gap to weave through the site of the circle once more. 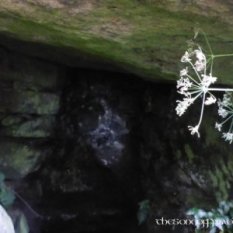 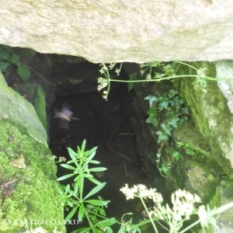 She was off to the church now.

I’d forgotten about this bit of intrigue till now:

In September 2018, I’d visited Ffynnon Wnda during a sojourn from Ffraed, when the monsoons sat over the Cambrians, just before the invaluable archaeologist and archaeoastronomer, Olwyn Pritchard arrived to assist me.

Looking through the photos I took of my trip to Llanwnda (on Fourth September 2018), a turquoise orb with a man’s face inside was present, just above the sign. 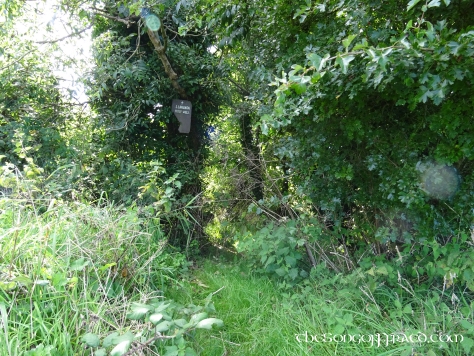 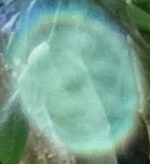 The well did have a little melancholy about her on that visit, though she has always felt good from that first time I discovered her. That was possibly due to the season.

The church mind you, was a different story; actually, all of the village has a peculiar atmosphere – or had, before Ffraed worked Her magic, on 27th May, 2019.

Not beyond salvation.
In 2006, 7…something like that, the actor, comedian, and writer, Griff Rhys-Jones, bought a dilapidated farmhouse with farm in Llanwnda, and did it up. Trehilyn Farm and outbuildings are less than a stone’s throw from Y Ddraig Ffraed’s central flow.
The renovation was filmed in a BBC documentary, A Pembrokeshire Farm.
Cottage is a labour of love for Rhys-Jones

I’ve always thought that Griff Rhys-Jones would make a fab Doctor Who. 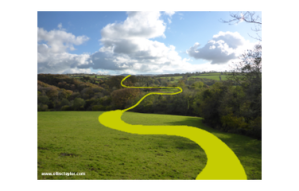 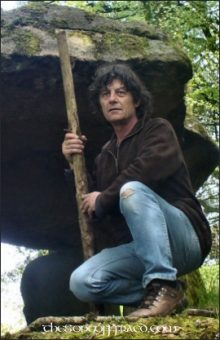 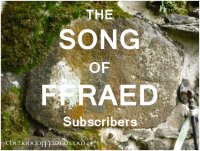 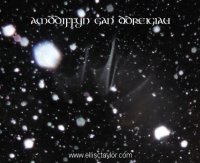